Santa Fe Springs, CA (September 2, 2022) – The Greater Los Angeles County Vector Control District (GLACVCD/District) has confirmed the first detection of St. Louis encephalitis virus (SLEV) in Los Angeles County this year. The virus was detected in a mosquito sample collected in the city of San Fernando. In addition to the detection of SLEV, the District received 43 new positive mosquito samples for West Nile virus bringing the District’s total to 178 this year. This is the first detection of WNV for the season in the following communities: Carson, Lakewood, Montebello, Sherman Oaks, West Hills, and Woodland Hills.

“St. Louis encephalitis can be transmitted by the native Culex mosquito species that can also transmit West Nile virus,” said Director of Scientific-Technical Services Steve Vetrone. “The symptoms and transmission of St. Louis encephalitis virus are also very similar to West Nile virus, but this virus is not as commonly transmitted in Los Angeles County.”

While this is the first detection of SLEV for the season, the last detection of the virus in the District’s service area was in 2016 in the cities of La Mirada and Whittier. However, WNV activity continues to be confirmed throughout the County and vector control officials urge residents to take precautions to prevent mosquito bites over the holiday weekend heat wave.

“Mosquitoes that can transmit WNV and SLEV are most active at dusk and dawn,” said Anais Medina Diaz, public information officer. “If residents enjoy the cooler hours of the morning and night during the heat wave, it is incredibly important they take measures to protect themselves from mosquitoes.”

Because there is no human vaccine or cure for WNV and SLEV, residents must be proactive against mosquito bites by wearing insect repellent. The Centers for Disease Control and Prevention recommend products with the active ingredients DEET, Picaridin, IR3535, or oil of lemon eucalyptus as being safe and effective against mosquitoes that can transmit disease when used according to the labels.

Mosquito control is a shared responsibility and residents must take an active role in reducing the threat of WNV in their neighborhoods by taking these additional steps: 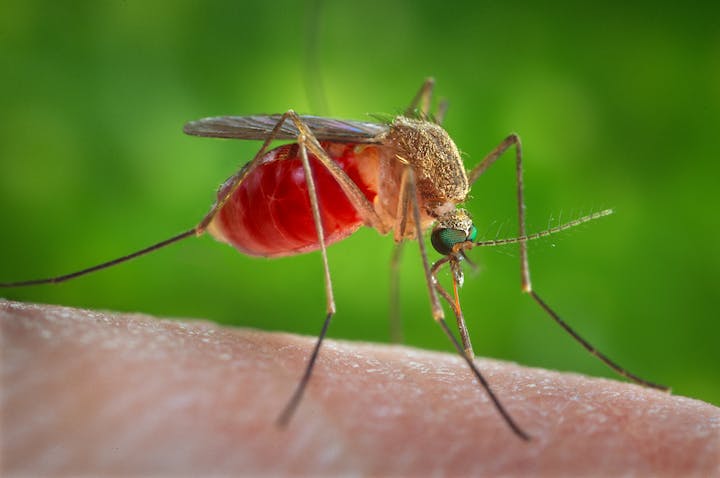 SLEV is a virus spread by mosquitoes that can make people sick. Most people infected with SLEV don’t have symptoms, but in rare cases, SLEV can lead to swelling or inflammation of the brain (encephalitis) and lead to death.

West Nile virus is endemic in Los Angeles County, but find out if mosquitoes near you are actually carrying it.